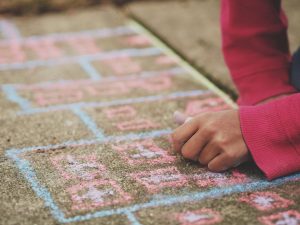 Highway draws to a close

At the beginning of 2018, the ownership rights to the local attraction, Centralia Graffiti Highway, fell into the hands of neighboring property owners, including Pagnotti Enterprises.  The State of Pennsylvania gave up rights to the road once it was determined the road would never be safe again to use as a highway.  Although the easement was lifted, Graffiti Highway continued to attract visitors from all areas.  About three quarters of a mile in length, the highway was covered with public art, colorful drawings, words, and images.  Interested parties would ignore the ‘no trespassing’ signs to experience the obviously unique spectacle.  Pagnotti Enterprises, which now owns a majority of the road, has made a bold decision that some feel is disrespectful to the legacy of Centralia.  Others see Pagnotti Enterprises’ choice to pave over the road as a solution to the overpopulation of visitors to the area. END_OF_DOCUMENT_TOKEN_TO_BE_REPLACED A thing of the past – music companies want to sell digital music as if it were still analog.

I’ve written before that music companies need to adjust to changing times.  Today, Sony BMG settled a suit with a group of several musicians concerning digital distribution.  The gist of it is this: the royalties that go to artists are different if the transfer of a song is considered a sale or a license.  12-20% of a sale goes to the artist, while 50% of a license does.  A sale means that the copyright holder has given some ownership rights to the purchaser (e.g. with a CD or record, where the purchaser owns a copy of the album and can resell that copy at some point).  A license means that a purchaser has the right to listen to the song, but the copyright holder still retains all ownership rights.  Digital distribution services like iTunes and Amazon’s music download service have been treating digital versions of songs transferred via the internet as sales rather than licenses.  This lawsuit challenged that definition — the artists alleged that online distribution is more like a license than a sale, and therefore they are owed more money.

The settlement of this case for $8 million may influence more artists to sue.  If more artists sue, music distribution services may need to change their royalty calculation to a licensing system to protect themselves from greater losses in litigation.  Last year, Eminem famously won a similar suit, though it was mainly based on his contract and not the idea of licensing in general.  It was considered a precedent in copyright law, but since then the debate has been mostly quiet.  Hopefully, the music industry will begin to shift its digital rights management and become more open to change and paying artists a fair share of their work.  However, considering it’s an industry that sold over $6 billion worth of digital music last year, I can understand their reluctance to even a small shift in royalty fees.