The family of Junior Seau has reached settlement with the National Football League over his 2012 suicide. The Hall of Fame linebacker, who played more than half of his 20 year football career with the San Diego Chargers, took his own life at the age of 43. He was later diagnosed with CTE, a chronic form of brain damage, likely brought on by his violent on-field tackling in the NFL. Reports claim that Seau’s family will receive up to $4m in the wrongful death settlement, which was filed in a Philadelphia PA federal court. The NFL has come under fire over the last few years as more and more retired and former players are showing signs of brain damage, concussions, and dementia. END_OF_DOCUMENT_TOKEN_TO_BE_REPLACED

Investors are boiling over a famous American brand’s communication tactics, or lack thereof. Campbell Soup is being sued by a hedge fund called Third Point, whose main investor is billionaire Dan Loeb. The lawsuit claims that Campbell’s board refrained from disclosing some important information to potential and current investors in their latest strategic review. Third Point claims that there was some significant details excluded and made private by the snack maker. The board at Campbell has fired back, saying that Loeb & Third Point are misinformed and over-stepping their bounds. The lawsuit was filed in state superior court in Camden, New Jersey. END_OF_DOCUMENT_TOKEN_TO_BE_REPLACED

A lawsuit of many flavors

The beverage company’s sparkling reputation has been tainted by a new lawsuit filed in early October.  It is the hope of the plaintiff that the case will reach class action status, as all LaCroix consumers are subjected to the apparent false advertising and deception of LaCroix’s parent company, the National Beverage Corporation.  The company markets all-natural ingredients in their products, however, the plaintiff alleges that the “natural essences” of LaCroix’s sparkling water are accompanied by synthetic and potentially harmful chemicals. END_OF_DOCUMENT_TOKEN_TO_BE_REPLACED 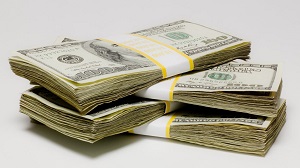 Tesla CEO Elon Musk’s settlement with the SEC has been approved by a judge. The South African businessman and investor was accused of fraud after tweeting that he had secured funding to take his auto-maker, Tesla, private.Musk will have to pay a hefty $20m fine and is being forced to step down as chairman within the next 6 weeks. The charges against Musk were filed by the SEC in the early fall, shortly after Musk allegedly rejected a potential settlement offer. Tesla stock plummeted around 40 points after his “secure funding” tweet. Musk, often boisterous and grandiose in his ideas, designs, and persona, is no stranger to trouble after he was shown smoking weed in a live broadcast.  END_OF_DOCUMENT_TOKEN_TO_BE_REPLACED