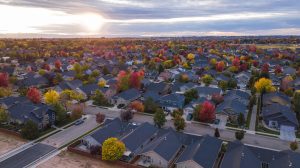 New England is home to the country’s most beautiful residential properties, as well as the frivolous lawsuits that stem from neighbor disputes. Some of the more common quarrels shared across America’s neighborhoods involve fence or property lines, noisy pets, mischievous children, and parking or easement rights. While one Massachusetts family’s grievance is ending, a New Hampshire woman’s court battle with her neighbor is in the beginning stages. The common thread between the two issues is the prolonged attempt to resolve the disputes on their own, prior to filing claims in court. END_OF_DOCUMENT_TOKEN_TO_BE_REPLACED 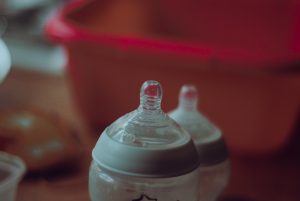 Following a February 2022 recall of specific lots of baby formula, parents have initiated lawsuits, seeking compensation for infant sicknesses that may be directly attributed to Similac and Enfamil brands. The deaths of two babies triggered Abbott Nutrition to issue a recall of Similac, EleCare and Alimentum batches that were manufactured at its Sturgis, Michigan facility, under which the FDA and Abbott continue to investigate. The issue has expanded to impact users of Enfamil, which is manufactured by Mead Johnson. When consumed, premature infants may suffer from the potential side effect known as necrotizing enterocolitis (NEC). END_OF_DOCUMENT_TOKEN_TO_BE_REPLACED

As fans anticipate the National Football League (NFL) Draft this week, the news of a lawsuit filed by one football fan may further peek their interest. The plaintiff’s claim focuses on the realization that the New York Jets and the New York Giants do not, in fact, host home games in New York, but rather, are based out of East Rutherford, NJ. MetLife Stadium serves as the home field to both teams; however, the location of the stadium contradicts the geography of the teams’ representation. While it is widely known that both teams practice and play in New Jersey, a New York City resident has initiated a class action lawsuit, accusing the teams of illegally profiting from the New York name. END_OF_DOCUMENT_TOKEN_TO_BE_REPLACED

Following a 2018 opinion piece, which was published as an op-ed in the Washington Post, Johnny Depp has filed a defamation lawsuit against his ex-wife, Amber Heard. Within the past week, Depp has taken the stand in a Fairfax County, Virginia court to recount his past relationship with Heard and to defend his character. His ex-wife, to whom he was married from 2015 to 2016, has reportedly smeared Depp’s name, alleging domestic abuse during the course of their relatively short marriage. In response to this supposed defamation, Depp is asking for $50 million. END_OF_DOCUMENT_TOKEN_TO_BE_REPLACED