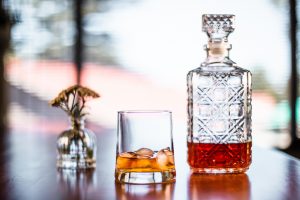 Those who consume the occasional alcoholic beverage may or may not have noticed that the mini bottles sold under the Fireball Cinnamon label do not contain whisky.  While the specific word “whisky” is not displayed on the product name, it may be assumed that the product is comparable, arguably identical to the larger variety Fireball Cinnamon Whisky bottle.  In response to the apparent deceptiveness, plaintiff Anna Marquez has filed a class action lawsuit against the US-based manufacturer, Sazerac Co. Inc.  In addition to damages, Marquez is also requesting a jury trial and injunction relief.

The lawsuit was filed on the federal level in Illinois.  In addition to allegedly violating the Illinois Consumer Fraud and Deceptive Business Practices Act, the plaintiff has also accused Sazerac Co. Inc. of breaking the Magnuson Moss Warranty Act and fraudulently misrepresenting the consumers of the brand.  Specifically, purchasers of the $0.99 variation may not look close enough to realize that the product does not contain actual whisky, but rather, a malt beverage that is engineered to taste like whisky.  The plaintiff argues that consumers may not take the time to read the fine print on the label.

In addition, the way in which the wording is crafted or arranged on the product may appear as equally confusing.  Consumers would have to pay particular attention to the arrangement of the description: “Malt Beverage With Natural Whisky & Other Flavors and Carmel Color.”  At first glance, consumers may only read “Malt Beverage With Natural Whisky.”  By failing to place the word “Flavors” directly following the word “Whisky,” the company arguably exhibited misrepresentation.  Despite its clever labeling, the $0.99 product does not include distilled spirits.  Since the filing in January 2023, Kansas has emerged as the second state to join the class action.