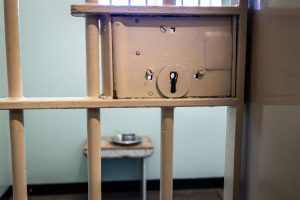 Todd and Julie Chrisley have joined the roster of reality stars that have faced fraud-related legal troubles.  Following a November court date, the married couple was ordered to serve a combined sentence of almost 20 years in prison.  Their shared list of charges includes conspiracy to commit bank fraud, bank fraud, tax fraud and conspiracy to defraud the United States.  While Julie will serve a seven-year sentence in Kentucky, Todd has been sentenced to twelve years in a Pensacola, FL facility.  In one of his recent podcasts, Todd admitted that their legal counsel has already filed the necessary paperwork to appeal the conviction.

Although the pair faced the same four charges, Julie Chrisley was also convicted of obstruction of justice and wire fraud.  Todd and Julie reported to prison in January.  While in prison, their daughter Savannah will reportedly maintain custody of her younger brother Grayson, 16, and her niece Chloe, 10, the daughter of Todd’s oldest son from a previous marriage.  In response to the arguably harsh sentencing of her parents, Savannah has issued the public opinion that the punishment may not necessarily fit the crime.  Given the nature of similar fraud cases and the alleged victims, it may appear that the Chrisleys’ sentencing was orchestrated as a lesson or example to potential violators of the law.

For example, the Real Housewives of Salt Lake City’s Jen Shah entered a guilty plea in exchange for six years in prison.  She was accused of being involved in a national telemarketing scheme that targeted victims based on old age and vulnerability.  While Shah assumed responsibility for one charge of conspiracy to commit wire fraud, the second charge of conspiracy to commit money laundering was dropped.  The main difference between the Chrisley and Shah cases is the plea of guilty versus not guilty.  Despite their status as public figures, the courts confirmed the reality that nobody is above the law.