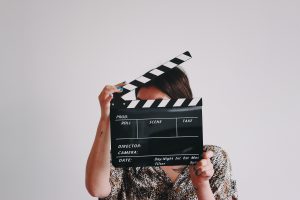 A judge has ruled that despite free speech protections, based on a commercial factor, movie studios could be held liable for releasing content in previews or trailers that do not later display on the big screen. The ruling leaves the right to sue in the hands of fans. Aside from providing moviegoers with a heartfelt comedy for the ages, the 2019 film, Yesterday, also produced a trailer that featured actress, Ana de Armas, in the role of a potential love interest. The actress, who stars in Knives Out and Blonde, delivered a strong performance that is now included as a deleted scene in Yesterday.

Fans argue that the inclusion of the famous actress in the movie trailer was false advertising, deceptive representation, and is subject to the punishment of $5 million. At the beginning of last year, the plaintiffs in the case paid $3.99 on Amazon Prime to specifically view Ana de Armas in Yesterday. To their disappointment, and allegedly without prior knowledge, the pair of plaintiffs was denied the opportunity to view the actress in the film. The film’s writer supports the decision to cut the James Bond actress from the final edit, citing the problematic impact her appearance might have had for fans.

The writer contends that fans would not have approved of the character, Jack Malik’s decision to steer his admiration and attention away from the primary female role, Ellie, played by Lily James. Ana de Armas’ insertion into the romantic dynamic of Jack and Ellie would have potentially weakened the male character’s future direction in the film. Regardless of the decision to cut Ana de Armas, the fact remains that fans were provided a 15-second false advertisement of what they should expect to view in the film. The judge in the case determined that commercial speech regulations, such as the California False Advertising Law, were violated.