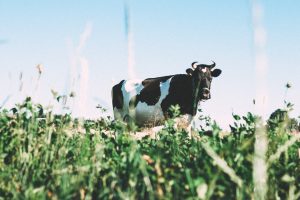 Despite the claim that Fairlife milk is derived from cows that receive the utmost care, video evidence proves the cows are cruelly mistreated by farm hands. One consumer filed a lawsuit against Fair Oaks Farms and Fairlife, alleging fraud and deceptive marketing of their product.  The lawsuit has gained federal class-action status and was filed on June 11.  In addition to Fair Oaks Farms, Fairlife works with about 30 other suppliers, and intends to audit each before the middle of July.  Regardless of the claim in the lawsuit, Fairlife still promotes their company as one that is “committed to the humane and compassionate care of animals.”

In graphic videos and photos that have gone viral, Fair Oaks Farms employees are caught kicking, dragging, and throwing the young calves.  While tending to the calves, the employees use drugs, grow marijuana plants on the farm property, and neglect the animals’ living conditions.  After this story was unearthed, one of the Fair Oaks Farms employees was arrested for animal abuse and four employees have been fired from their positions.  In response to the outpour of negative feedback, farm owner Mike McCloskey insisted that he was not aware of the abuse taking place on his farm.  He claims to have taken the proper steps to ensure this behavior will not be repeated at Fair Oaks Farms, located in Indiana.

Combined with the arrest of an employee and the filing of a class action lawsuit, retailers and animal rights activists are also administering their own consequences to Fairlife.  The obvious abuse exhibited in the leaked videos has convinced Strack & Van Til, Jewel-Osco, and Family Express to remove Fairlife products from their grocery stock.  Activists are similarly removing the high-protein, high-calcium Fairlife milk from their lives, and were seen pouring the milk into the sewers in front of the Fairlife headquarters in Newton County, Indiana.  This direct insult presents a clear message that animal cruelty is not acceptable, and the cows that produce the milk for the company deserve a fair life.