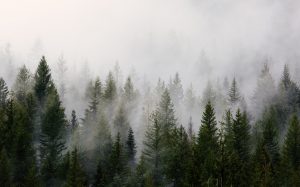 A seemingly unintentional, yet negligent chemical leak in Beach Park, IL sent 37 people to the hospital with reactions to anhydrous ammonia exposure.  Following this April 25 incident, five individuals have moved forward with filing a lawsuit against the driver of the vehicle that seeped the chemical into the atmosphere, as well as the farm that employed the driver. The five individuals include a motorist who drove through the cloud of chemicals, a Lake County sheriff’s deputy, a Beach Park firefighter, and two nearby residents who were in their homes at the time of the leak.

According to the lawsuit, at 4:25 am, an employee from John Kevek Farms, located in Pleasant Prairie, Wisconsin, towed a tanker with the hose still connected.  Under Illinois law, this act of attaching the hose during transport on public roads is illegal.  Due to this driver’s carelessness, and the farm’s lack of training the employee, caused more than 40 people to suffer from complications, 37 of which went to the hospital emergency room.

If unprotected, anhydrous ammonia can burn human skin and cause breathing issues.  When inhaled, this chemical can be deadly.  The effects of this chemical are almost immediate, as a local resident crashed his car right after driving through the poisonous cloud. Another local resident started coughing up blood after driving past the leaking tanker.  Hospital staff determined this man’s body was critically affected by the ammonia exposure.  Regardless of the type of reaction, at least five of the over 40 people affected now have to undergo routine medical care.  The long-term effects are not clear.

In the lawsuit, filed on May 23, the plaintiffs argue that the driver and the farm are equally responsible for the incident, as their negligence directly contributed to the chemical release on April 25.  A reported 80% of anhydrous ammonia leakages are caused by human error, improper training, or disregard for safety procedure.