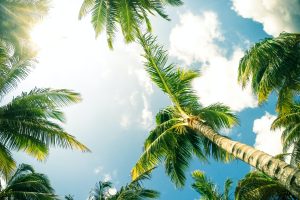 The ever-growing festival craze sparked the initiative of entrepreneur Billy McFarland to establish a new festival outside of the country, in the Bahamas. Other successful festivals remain grounded in the US, such as Coachella in Indio, CA, Firefly in Dover, DE, and Bonnaroo in Manchester, TN. While those US festivals exhibit popular attendance with minimal, yet organized, accommodations, McFarland’s festival has resulted in a bundle of lawsuits.

Those who have claims are not only festivalgoers, but also investors, singers and bands, and businesses. Many of the claims focus on some degree of a contract breach and fraud. Initially, McFarland sought out various celebrities to promote the event through social media. The deals and features that were advertised did not depict realistic expectations. A tempting, but nonexistent, package included a $400,000 accommodation of VIP tickets, dinner with a musician, and a four-bedroom suite. Before McFarland could book a precise location for the festival, he was selling festival tickets, 8,000 in total. The unorganized planning and logistics of the event created a detriment for those who planned it, as well as those who tried to attend it.

The contributing factor as to why the festival failed was the lack of money and lack of attention to detail. Days leading up to the beginning of the festival, stages stood unfinished, contractors worked without pay, and necessary equipment to run the production never arrived. Coastal storms prevented planes from even reaching the island. McFarland did not consider the incompleteness of his event and the stormy weather as signs, and instead, refused to cancel the festival with enough advanced notice. When the festivalgoers arrived on the island with no clear direction of where to go and what to do next, McFarland finally admitted defeat and cancelled. He could not calm the frustrated masses.

Although many of the hands that contributed to the development of the festival were left unpaid, contracts unfulfilled, McFarland maintains his innocence and deflects accountability. The 25-year-old has a track record of making promises and signing contracts that fall short on delivery. He can now add the Fyre Festival to his list of entrepreneurial disappointments.