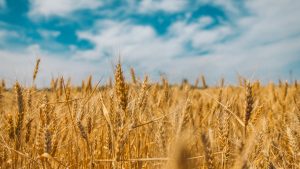 You are what you eat

Missouri-based agrochemical company, Monsanto, has for years marketed their Roundup weed-killer as both safe and non-toxic. Farmers have relied on the product to kill the harmful weeds that damage crops. Due to the genetically modified nature of the crops that farmers plant, the crops are immune to the potentially damaging ingredients of Roundup. While the crops have remained unaffected, the farmers or residents who live in farm communities have experienced deadly side effects.

Despite the previous misrepresentation of the possible risks of the product, the International Agency for Research on Cancer found enough evidence to categorize Roundup as a “probable human carcinogen” in 2015. The ingredient POEA heightens the toxic chemical reaction of the ingredient, glyphosate, with the crops. Glyphosate by itself acts as a herbicide and crop drying agent. Mixing both POEA and glyphosate increases the poisonousness of the crops. Studies show that within the past decade, one single farmer has sprayed about 370,000 tons of the weed-killer, releasing those carcinogens into the atmosphere.

As a result of the discovery that Roundup is a definite cause for health concern, several lawsuits have been filed. Many the claims focus on non-Hodgkin’s lymphoma as the leading effect of Roundup. Unfortunately, some of those who have filed are the loved ones of the deceased. After spraying Roundup since 1974, in 2015, a farmer in Iowa died from non-Hodgkin’s lymphoma. Another resident who passed away in 2016 from lymphoma lived in an area where Roundup was routinely sprayed. The widow of one Georgia farmer recalls many days seeing her husband come home from his fields covered in the Roundup weed-killer.

Aside from the several counts of wrongful deaths, another concerning factor in the lawsuits is the implication that Roundup company, Monsanto, has fabricated their safety studies, deeming Roundup a safe product. The lack of a warning label does not help Monsanto’s defense. The lawsuits will hopefully push Monsanto to make a necessary change to prevent future wrongful deaths in the future.