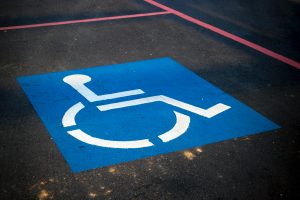 The country-inspired restaurant and gift shop, Cracker Barrel Old Country Store, famous for its Southern dishes, is now best known for its recently settled class-action lawsuit. The lawsuit was filed in 2014 by a US Women’s Wheelchair Basketball National Team player, and focuses on the negligent placement of Cracker Barrel’s designated handicapped parking spaces. Sarah Heinzl frequented the Robinson Township, PA location, but was obligated to bring a family member or friend for assistance. Due to the slope of the handicapped parking spaces, Heinzl required someone to hold her wheelchair to prevent it from rolling away. The lawsuit conveyed the message that, instead of restricting the mobility of those who are handicapped, businesses should help alleviate the burden.

While there is a moral significance behind the lawsuit, there is also a clear violation of federal law. Heinzl’s lawyers did not place their concentration solely on the Robinson Township chain, but branched out to investigate 107 other locations in Pennsylvania, West Virginia, Ohio, Kentucky, Texas, New York, and Tennessee. While only 20 percent of the stores had handicapped spaces exceeding a 2.1 percent slope, all of the restaurants were guilty of violating some sort of parking regulation. Federal law allows a slope of up to 2.1 percent, however, a portion of the Cracker Barrel handicapped spots were sloped 6 times over the legally accepted maximum.

Initially, Cracker Barrel refused to believe the outcome in the investigation, but shifted their approach once the lawsuit reached class-action status in December 2015. The restaurant has agreed to compensate Heinzl for the inconvenience the parking spaces caused her, in the amount of $7,500. About $830,000 will go to Heinzl’s lawyers. As a term of the settlement, Cracker Barrel must fix all handicapped space issues at the 107 stores investigated, within 2 ½ years. An August 10 hearing will be held to determine whether the injured plaintiffs in the class action are content with the settlement.