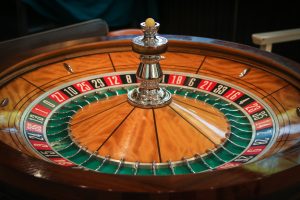 A cheer could be heard from residents across the tri-state area (New Jersey, New York, and Connecticut) when the decision came through. After 6 years of failure, the Supreme Court decided against a law preventing U.S. States from allowing its citizens to gamble on sports. New Jersey is at the top of the list and looks to use their newly found legislative freedom to pump life back into the struggling Atlantic City. While sports gambling is already legal in Nevada, this decision will allow each state to decide whether or not they accept bets on all major league sports, including the NFL, MLB, NBA, and NHL. The Professional and Amateur Sports Protection Act, passed in 1992, allowed Nevada (and specifically Las Vegas) to become the mecca of sports gambling, and since then other states across the country have been left in the financial dust.

Years ago, New Jersey’s former (then current) governor Chris Christie (R) actually filed a lawsuit against the major sports leagues (including the NCAA, which manages all college sports) in an effort to get sports gambling in NJ legalized. In 2012, the Supreme Court finally decided to take the case after Christie and company were shot down several times. NJ’s current governor, Phil Murphy (D) lauded the effort as a great win for the state. A brand new revenue stream should, in theory, contribute to an improved infrastructure to the state, assuming the money coming in will be accounted for and put to use. Surprisingly, sports gambling has appeared to unify opposing political parties, while upsetting the major sports leagues at the same time.

This is a very controversial and interesting topic, and opens up several other questions and opportunities. For example, the major sports leagues will try take a percentage cut from the wagers placed on their sports, even though Las Vegas pays $0 to any sports leagues based on bets they take. It is possible that this will do more for app-based gambling than it will for Atlantic City and other casinos across the country, for those states that decide they want sports gambling. If Nevada and Las Vegas are the blueprint, the next question is; when will bets legally be allowed to be placed? Some companies, race tracks, and businesses in and around New Jersey have been waiting for this day for quite some time. All bets are now officially… on!