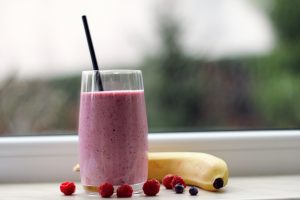 As temperatures rise during spring and summer months, who doesn’t enjoy an ice cold beverage? Apparently, there are a group of people who would rather file a lawsuit claiming false advertising than sit back, relax, and pop open a tasty drink. The product is Bai, owned by the Dr. Pepper Snapple Group, and the lawsuit claims that the fruity beverage actually contains a bid of “malic acid”, most likely used to give the drink a little bit more flavor. It has recently come out that even the drink’s sponsor has been named in the lawsuit; yes, American musician Justin Timberlake is the “Chief Flavor Officer” at Bai Brands. The lawsuit was filed by a single person in the state of California, but could become a class action lawsuit if more people enter the fray.

The “all-natural” tagline included in Bai Brand’s marketing strategy is the main element which has come into question. Timberlake’s specific involvement and knowledge of the ingredients has been called into question. The lawsuit claims that JT “knowingly entered into a single agreement and/or multiple agreements to commit fraud and other unlawful acts by agreeing to promote artificially flavoured beverage products as if they were solely naturally flavoured without synthetic chemical ingredients.” The chemical in question, malic acid, is also found in regularly and massively consumed fruits and foods, such as apples. The parent company, Dr. Pepper Snapple group, has fired back and claimed that the lawsuit is “meritless”.

Interestingly enough, the same law firm has represented individuals of similar lawsuits against other popular food brands, such as Frito-Lay, Campbell’s Soup, and Kellogg’s. This may come down to an oversight in Bai’s marketing efforts. Theoretically, they can’t use the phrase “all-natural” unless the product is actually all-natural. Still, the “acid” in question is commonly found in fruits, so this does seem like this plaintiff (and the law firm) have really gone through the company’s advertising with a fine-toothed comb. Justin Timberlake’s involvement, however, is a bit out of sync.