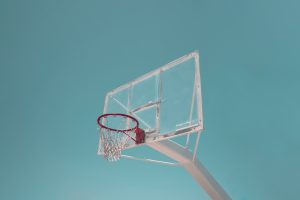 Some athletic organizations would do almost anything to recruit the best talent available. Similarly, the parents of these young athletes would give up or accept almost anything to see their children play on some of the most recognized teams in the country. It is not often, however, to see a large corporation solicit the help of alleged business conmen to garner top talent for teams that the company sponsors through fraud, bribery, and racketeering. Due to the potential harm caused to the future of his career, one basketball player filed a lawsuit against the shoe and sportswear company, Adidas, in 2018, for its part in the college athlete racketeering scheme.

According to the history of the case, one of Adidas’ sports marketing employees was specifically hired to convince the families of young basketball players to play for certain sponsored teams. In exchange for the families’ promises to send their children to the colleges that fit the criteria, about $150,000 was shifted to their collective pockets. Following a two-year FBI investigation, several individuals affiliated with the scandal, including Adidas employees, agents, and consultants, faced criminal penalties. While the appropriate individual parties were held responsible, Adidas as a company was not accused on any wrongdoing. Basketball player, Brian Bowen, chose to take legal matters into his own hands to hold Adidas and the other accused parties civilly accountable.

His argument rests on the notion that, due to his father accepting fraudulent payments, he was not provided the opportunity to play extensively in college. During the college selection process, Bowen was deciding between Louisville and the University of Oregon. While Adidas sponsored Louisville, Nike supported the University of Oregon. Although swayed into the direction of Louisville, Bowen was not allowed to play. When he transferred to South Carolina, the NCAA kept him from playing there as well. Unfortunately, his claims of being denied the chance to play and develop his talent were viewed as clearly detrimental, but not severe enough to warrant significant damages in the lawsuit. Earlier this month, the case was dismissed.