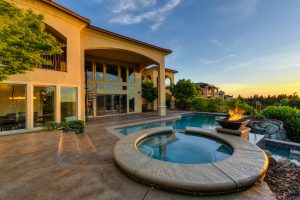 A Boca Raton, FL community of 700 affluent homes is the location of one of the more recent legal disputes involving alleged discrimination. One of the residents, who identifies as Christian, claims that she has been the subject of religious discrimination within a community that is primarily Jewish. Known as Seven Bridges, the homes are maintained by an HOA. Those living there may enjoy access to tennis courts, a pool, and a clubhouse. The Christian resident, whom is the plaintiff in the case, said she was denied access to these amenities for 330 days following a spat with one of her Jewish neighbors. The plaintiff was also subjected to a $5,000 fine for her part in the dispute. For what she identifies as a hostile housing environment, the plaintiff filed a lawsuit against the HOA for neglecting to resolve the matter.

The argument between the two neighbors stems from a Facebook post written by the plaintiff, who incorporated abhorring descriptions of the food served at the clubhouse, including items that contained pest feces and bugs. In her rant, the plaintiff condemned board members and produced claims that were determined anti-Semitic. In response to the post, which was initially anonymous until it was discovered that the plaintiff was the writer, a neighbor asked the plaintiff to move to an area that was predominantly white if she felt unsatisfied in her current community. The argument escalated from there, as the plaintiff referred to the neighbor as the “Seven Bridges community stripper.”

The plaintiff cited subsequent incidents of alleged harassment, which involved the neighbor coming to her home to provoke a further altercation. The judge assigned to the case challenged the claims filed by the plaintiff, asserting that more than two clear instances of offensive or detrimental conduct must be presented for a case to be classified as religious discrimination. Only two of the instances mentioned in the lawsuit were considered truly offensive. Although the plaintiff sought $7 million for being called religiously intolerant names and told to move from the community, the judge did not rule in her favor.