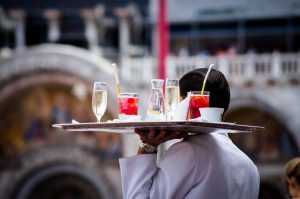 Although their long-running television show is currently airing its final season, the Kardashians have managed to remain in the spotlight. In particular, Kim Kardashian, who is studying to become a lawyer, is the center of a labor law lawsuit. Seven members of her former staff have filed ten counts against her, including claims that Kim withheld taxes from their paychecks but then neglected to report the withholdings to the IRS. Additional accusations include Kim’s failure to issue consistent paychecks, pay their entire paychecks, including overtime pay, and allow them to use their required meal breaks. The employees were also allegedly denied access to a platform to record their hours worked and did not receive payments for employment expenses.

The claims filed by each of the seven former employees target Kim Kardashian directly. Kim, however, has spoken about the lawsuit and confirms her innocence in the matter. Specifically, the reality star and business woman has attempted to solidify any ambiguous points about the case and identifies an important party in the lawsuit that the plaintiffs neglected to recognize. Kim works with a third-party agency that finds and pays the employees to work on her property as gardeners and maintenance staff. According to Kim, she maintains a rolling contract with the staffing vendor and does not directly pay the employees that are hired to work on her property.

Despite Kim’s explanation and defense that she always pays the third-party vendor, the former employees are not happy with how they have been treated. One of the plaintiffs claimed that he was fired from his position when he questioned his rights as an employee. Another former employee, who was 16 at the time he worked on Kim’s property, asserts that labor laws were violated when he worked longer than the 48-hour maximum in a given week for an employee his age. The attorney who is representing the plaintiffs addresses a common wage theft issue and is investigating additional offenses allegedly committed by other celebrities and wealthy families in the Los Angeles area.