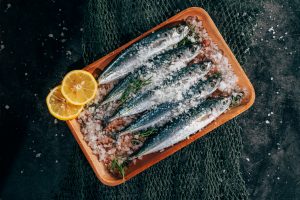 Regardless of the Alaskan state law that protects employees from becoming subjected to false representations of prospective employment, the seafood processing industry has allegedly marketed jobs as high paying and exciting.  Specifically, plaintiffs in a class action lawsuit are accusing North Pacific Seafoods, Inc. of convincing over 800 seasonal workers to fly to Alaska to take part in cleaning, filleting, packaging, freezing, and canning seafood at the company’s plants.  Despite what might have been promised, the employees who are seeking compensation are recounting tales of unpaid wages and horrifically unsafe working conditions.

In terms of the unpaid wages, employees claim that they were required to clock in for work only once they put on their protective gear.  Their equipment included aprons, gloves, boots, earplugs, hairnets, and one mask that they were asked to wear day after day.  The one mask that they were provided was meant to last for the entire season and was to serve the purpose of protection from COVID-19 and fish guts. Reportedly, this gear preparation process took about 10 to 15 minutes at the beginning of their shifts, followed by another 10 minutes to be checked in for work.  At the end of the day, the workers were required to clock out before removing their gear, which took another 10 to 15 minutes.  Over 30 minutes of unpaid work a day was equivalent to hundreds of dollars in wages lost every month.

North Pacific Seafoods, Inc. contends that its goal for employees is to maintain proper working conditions that comply with standard regulations.  Many of its workers tell a different story, one that includes rat infestation in their living quarters, a strong smell of mold in the bathroom, contaminated drinking water, and ammonia exposure.  Bottled water became scarce quickly, and workers attributed illnesses to the contaminated water they were forced to consume.  In order to combat these summer season conditions, a class of workers banded together to file the lawsuit on October 19.  Legal counsel has predicted it to be a multi-million-dollar case.