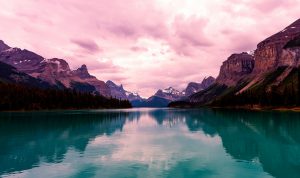 The cast of Glee has seen its fair share of tragedy.  Since 2013, three actors on the show have passed away.  The most recent death occurred this past summer on July 8.  Naya Rivera and her four-year-old son rented a pontoon boat from Parks and Recreation Management (PMC) to spend the day on Lake Piru. Fans were shocked to hear that the actress did not return to shore, leaving her son as the lone survivor. After an extensive and thorough days-long search, Rivera’s body was recovered.  Four months since that accident, Rivera’s estate and her ex-husband have filed a wrongful death lawsuit on behalf of her son.

The defendants named in the lawsuit are Parks and Recreation Management (PMC) and United Water Conservation District.  The plaintiffs allege that the county did not provide proper warnings to lake-goers that there were possible risks associated with swimming in the lake.  On July 8, in particular, the current was choppy, and the winds were 21 miles per hour.  The mother and son duo were swimming aside of the pontoon boat when the wind picked up, pushing the boat away.  Rivera’s son was reportedly closer and was able to lift back into the boat.  Rivera, however, was not able to successfully make it back to the boat and unfortunately drowned.

To make matters worse, the pontoon boat that was rented did not contain adequate safety equipment, such as a ladder, rope, radio, anchor, or flotation devices.  While Rivera’s son was in the boat, he looked for a rope to throw to his mother.  The boat and child were found an hour later by a PMC agent.  In addition, signs were not posted near the lake to warn swimmers of changing lake water levels and other dangerous conditions.  According to the lawsuit, 26 other victims have drowned in Lake Piru.