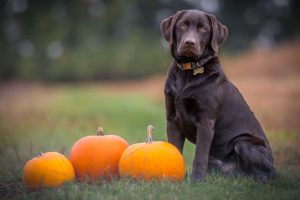 Watch out for your dogs

Champion Pet Food manufactures two brands of dry dog food, Orijen and Acana, which are both named in a recent class action lawsuit. The parent company is under scrutiny for negligently failing to list and mention in the dog food packaging and advertising, the presence of heavy toxins. The dangerous chemicals and metals include arsenic, lead, bisphenol (BPA), mercury, and cadmium. BPA is not a chemical commonly associated with pet foods. Not only are these toxins harmful to dogs, but the company deliberately failed to disclose these ingredients to the dog owners who regularly purchase the dry dog food.

Consumers in three states, Minnesota, Florida, and California, are seeking compensatory, as well as, injunctive damages, which would require a specific change mandated by the court. The claimants are pushing for a full release in the company’s advertising and product labels, of every chemical or potentially harmful toxin used. The lawsuit also provides a breakdown of the amounts of the five substances in both Acana and Orijen pet foods. The levels of lead, mercury, arsenic, cadmium, and BPA discovered in the testing of the food proved to be above an acceptable level.

Despite the findings that the food itself is contaminated with high levels of chemicals, the claim remains that Champion failed to adhere to proper consumer advertising and fair trade practices. As quoted in the lawsuit, the product labeling is misleading to consumers, as it promises that the food “represents an evolutionary diet that mirrors that of a wolf – free of anything ‘nature did not intend for your dog to eat.’” The labels even go so far to assure the food would be safe for human consumption. Both are deceptive proclamations that violate consumer rights.

The violations are incorporated within the fifteen counts listed in the lawsuit, some specific by state. Three California acts are violated, as well as five Minnesota acts, and one Florida act. The remaining six counts include breach of express warranty, breach of implied warranty, fraudulent misrepresentation, fraud by omission, negligent misrepresentation, and unjust enrichment. The plaintiffs are demanding a jury trial.