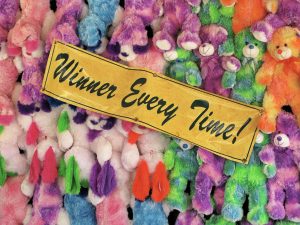 The Kardashian clan cannot escape the spotlight, as the famous family’s highest earning member is named as a defendant in a recent lawsuit, which has been filed on behalf of individuals who claimed they were duped into participating in a fraudulent promotional giveaway that took place in 2020. Kim Kardashian does not stand as the only defendant in the case, but is joined by her sister’s ex-boyfriend, Scott Disick. According to the complaint, Disick allegedly organized the promotion and Kardashian endorsed it on her social media account. An additional defendant in the case, a company called Curated, is confident that the giveaway was legal.

In exchange for their personal information, the winners of the promotion were promised $100,000, two first-class tickets to Los Angeles, and three-nights worth of accommodations in Beverly Hills. The ‘catch’ involves the privacy level of the winners’ Instagram accounts. Once the identities of the winners were disclosed, their accounts were reverted from public to private. Rather than evading the risk of overexposure, the winners received a massive influx of unsolicited and allegedly offensive advertisements from companies that purchased their information. According to the lawsuit, the contest has been defined as a lottery scam.

Those who entered the contest were led to believe that the celebrities they admired were to be taken seriously and could be trusted to promote luxury items. Based on the support of celebrities like Kardashian and Disick, contestants were persuaded to understand that these extravagant prizes were within their possible reach without strings attached. Based on Curated’s defense, the practices of the promotion, as well as the method of selecting winners, were aligned with laws of the Australian government. Curated contracted a third party company to conduct a random draw of winners. Although additional celebrities promoted the prizes on their social media accounts, Kardashian and Disick are the only two mentioned in the lawsuit. Plaintiffs are seeking $20 million each.