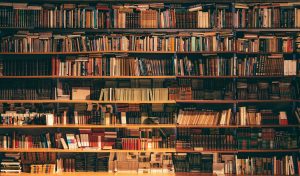 Authors are weighing in on the lawsuit between publishers and the Internet Archive, which purchases books for digital lending. While certain authors are standing in support of traditional libraries, they are also acknowledging dissimilarities between Internet Library and brick and mortar book lending. Internet Archive, however, has compared its services to that of a library, equipped with limitations of use. Publishers, such as Hachette Book Group, HarperCollins Publishers LLC, John Wiley & Sons Inc. and Penguin Random House, have accused the non-profit organization of committing copyright infringement and capitalizing the authors’ market for their e-books.

Internet Archive acquires print books and scans the content into a digital format, which is then distributed for free to consumers. This practice was widely used during the COVID-19 pandemic. Prior to the trial and based on the fair-use doctrine, Internet Archive recently fought for summary judgment, contending that it purchases books legally and lends them in a fashion that resembles traditional libraries. Internet Archive has garnered support from a digital advocacy group, Fight for the Future, which has gathered the signatures of over 300 authors, who all contest lawsuits, filed by publishers, against libraries.

Despite this scholarly encouragement and backing, the Authors Guild has expressed that certain writers, such as Daniel Handler, were misled to believe that the contents of the letter maintained a different mission and have since opted to remove their names. Author, Sandra Cisneros, has denounced the letter’s comparison of Internet Archive to actual libraries, noting that real libraries do not use the same methods as the non-profit organization in question. Regardless of addressing the correct definition of a library, the author-endorsed letter intends to preserve the essential purpose of libraries, which is to own books and purchase copies at reasonable prices, with acceptable terms and conditions, on all available formats.