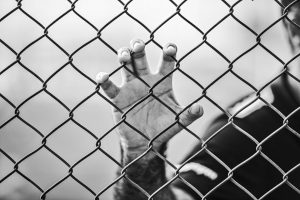 There is a growing nationwide trend of prisoners being placed in facilities run by for-profit companies, such as Youth Services International. Florida is at the forefront of this trend, and has elected to privatize all of its youth prisons across the state. “A pair of recent lawsuits against a private youth prison operator in Florida amplify claims that the company, Youth Services International, has frequently covered up reports that staff sexually abused young people held inside its facilities”. In one instance, an administrator at one YSI facility, repeatedly made advances toward adolescent males, and supposedly brought inmates home with him to his personal residence. A second allegation states that a guard at a separate YSI facility began an intimate relationship with a 14-year old prisoner.

Employees at these private facilities state that they were discouraged from reporting incidents to the police, and rather contacting a supervisor. “Former staff at these prisons told Huffington Post that the company systematically discouraged employees from reporting mistreatment and other violations in order to avoid imperiling future state contracts”. On several occasions, employees failed to report instances of misconduct to state authorities for fear of retaliation from Youth Services International. Several supervisors at the facility were aware of allegations made involving the administrator, but chose not to report them to the state. Similarly, in the second lawsuit, employees who were aware of the inappropriate relationship between guard and inmate did not report any wrongdoing until outside allegations surfaced.

Findings have revealed over two decades of inmate mistreatment and abuse inside private prison facilities run by Youth Services International. The Department of Juvenile Justice are launching an investigation into the allegations made in both lawsuits. “A lawyer representing YSI, Michael Elkins, wrote in an email that the company intends to “vigorously defend” against the allegations that the Thompson Academy administrator brought boys home with him. Chris Slattery, a YSI vice president who is the son of chief executive James Slattery, said the company “immediately reported” to the state once officials learned of the allegations involving the employee who started a relationship with an inmate”. A criminal investigation has also been launched by police and prosecutors in Palm Beach County.