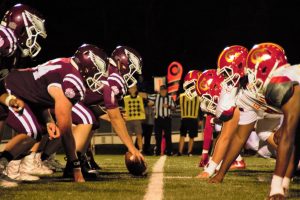 Knocking heads in the courtroom

Johnny Football has had a harder time escaping and eluding public headlines, compared to collegiate and professional defensive players. The good news is that he does not seem to mind, which gives reporters plenty of fresh content while keeping his name relevant.  Manziel is being sued for over $40,000 by The Goodwin Group Inc., for physical damage and rule violations with regard to a property he rented from April 4th – April 6th.  Damages have exceeded $19,000, including “extensive burn marks from cigarettes and marijuana” and wine stains “that cannot be removed” from the carpet, according to the ESPN.com news article.  As a part of the rental documentation, Manziel agreed to terms that the property was strictly for his personal and private use and that he would pay a fine of $10,000 any time 15 or more people were at the property.  Staying true to form, Johnny violated this rule twice, resulting in two separate $10,000 fines.

The Goodwin Group Inc., has filed their suit in the Central District of the Los Angeles Superior Court.  In addition to surveillance video proving he threw large parties, evidence of physical damage can be seen through ruined carpets, a broken door, and a broken glass table.  This type of behavior seems to be on par for what to expect when dealing with Johnny Manziel.  His recent timeline of behavioral issues includes being released by the Cleveland Browns, being dropped by his sports agent, and being indicted by a grand jury while facing misdemeanor assault charges for family violence pertaining to his then girlfriend.

If an agreement was broken and damages occurred, Manziel should legally take corrective action in order to fix any and all issues.  An interesting topic of conversation with regard to this case would be whether or not The Goodwin Group Inc., should have expected this type of situation to occur, based on who they were renting to.  Would it have been more beneficial to not rent to him at all?  Do the headlines and free press outweigh the time, effort and damage concerning the rental property?  The rental group, at the very least should have expected something was going to happen, given the fact they were renting to Johnny Manziel.  Not knowing Johnny personally, it is hard to tell how in or out of control he actually is.  We have all heard the stories and quotes from family and friends that indicate he is certainly in a downward spiral; this is just another chapter to his already long story.