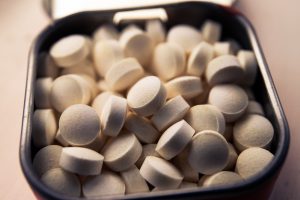 Genentech and OSI Pharmaceuticals will pay $67 million as part of a federal court settlement over misleading claims about the drug Tarceva which was approved to treat non-small-cell lung cancer and advanced stage pancreatic cancer.

Between January 2006 and December 2011, both companies led doctors to believe that Tarceva would work in a broad patient population when it was intended to be used on a narrower patient population that included patients who had never smoked and people who carried a particular mutation in a protein that is involved in the spread and growth of cancer cells.

Former Genentech employee, Brian Shields was a product manager who brought this problem to the attention of his managers and instead of receiving an appropriate response he faced retaliation for “not being a team player”.

“Pharmaceutical companies that make misleading or unsubstantiated statements about their products can put patients at risk,” said Deputy Commissioner Howard R. Sklamberg for FDA’s global regulatory operations and policy. “The FDA will continue to work to protect the public’s health by ensuring that companies do not mislead healthcare providers about their products.”

“Drug manufacturers that make misleading claims about their product’s effectiveness can jeopardize the health of patients – in this case, cancer patients,” said Special Agent in Charge Steven J. Ryan for the U.S. Department of Health and Human Services Office of Inspector General (HHS-OIG). “Our agency will continue to protect both patients and taxpayers by holding those who engage in such practices accountable for their actions.”

Since the companies failed to report the adverse side effects relating to the drug, doctors were choosing to use Tarceva to treat lung cancer patients instead of other treatments that have been proven to have more success.

Since this lawsuit was filed under the qui tam, or whistleblower, provisions under the False Claims Act, Shields is entitled to approximately $10 million of the settlement. The Federal Government will receive $62.6 million and state Medicaid programs will receive $4.4 million.