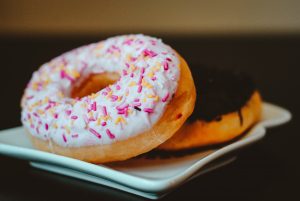 On May 9th, it was announced that Krispy Kreme Donuts, a publicly traded company, would be taken private through its purchase by a subsidiary of the JAB Holdings Company. The terms of the deal call for JAB to pay $21 per share as part of taking the company private. However, shareholder, Barbara Grajzl is asking the court to stop the proposed deal until “the company puts in place a process to obtain the highest price” possible to satisfy the shareholders.

The complaint alleges that Krispy Kreme has agreed to terms that give preferred treatment to JAB at the expense of shareholders. This would be done by creating a process that allowed JAB a matching right to answer a competing offer and a termination fee of $42 million to be paid to JAB if the company were to go to another bidder. Due to these provisions, it is believed that no rival bidder will be likely as the Merger Agreement basically assures that any auction will favor JAB as JAB will essentially be piggy-backing the competing bidder.

Krispy Kreme itself, as a publicly traded company, has been trading around the $21 mark since the deal was announced in early May after falling as low as $13 early in February of this year.  Ms. Grajzl makes the argument that with this kind of agreement in place with JAB, Krispy Kreme is currently undervalued since it is positioned to grow and expand into new markets. Such expansion includes remolding the brick and mortar stores and expanding their product line beyond its traditional menu.

Ms. Grajzl and her lawsuit bring up a very important aspect of capitalism in the United States and that is involving the selling of a company to the appropriate party. I agree with her assertion that the company essentially should be put up for auction, since she and many other shareholders have invested money in the company by way of purchasing shares. This company or any other company has a responsibility to its shareholders first and foremost. As such, the question must be asked can or should JAB or any other buyer of a company place such restrictive clauses in an agreement that does not promote competition in order to take a company private?