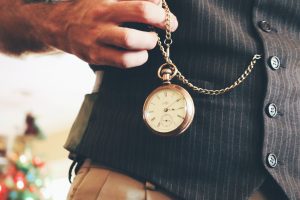 When I snap my fingers…

Three Florida families will receive $200,000 each after a year long case comes to a close. The families are being compensated after a peculiar series of events, that allegedly lead to the death of three high school students. Their deaths came just months after the three teens were all hypnotized by North Port High School Principal George Kenney. The case began after Kenney admitted to hypnotizing 16 year old student Wesley McKinley, just one day before he took his own life in the Spring of 2011.

Further investigation found that the former high school principal had hypnotized around 75 individuals. The hypnosis was said to have taken place over five or so years, beginning sometime in 2006 and ending when the first death occurred in 2011.  The three deaths all took place within just weeks of each other. Damian Mallard is the attorney of the three families. He commented on the situation, stating “It’s something they will never get over.” “Probably the worst loss that can happen to a parent is to lose a child, especially needlessly because you had someone who decided to perform medical services on kids without a license. “He altered the underdeveloped brains of teenagers, and they all ended up dead because of it.”

Principal Kenney resigned in 2012. He was charged with two misdemeanors for “practicing therapeutic hypnosis without a license.” As part of a plea deal, George Kenney was ordered to serve a year probation and community service. According to the Herald-Tribune, “Sarasota County School District Executive Director of High Schools Steve Cantees warned Kenney at least three times not to practice hypnosis unless it was a demonstration in a psychology class and he had written parent permission from each student.” Kenney was reportedly using hypnosis to help the students cope with their stress and anxiety.