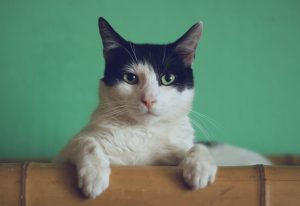 The makers of seafood-based Fancy Feast cat food products face a potential $5 million class action lawsuit over allegations that the company supports slave labor by purchasing the cat food products from an international company known for using “sea slaves.” The plaintiff and a group of  California residents filed the Fancy Feast class action lawsuit accusing Nestle of knowing the fish they use in their seafood-based pet food is probably produced using slave labor. The company omits this information from consumers.

The plaintiffs states these sea slaves fall victim to human traffickers who prey on desperate men and boys hoping to gain employment. According to the lawsuit, these sea slaves face inhumane and harsh living conditions including working shifts of 20 hours per day with little or no pay. The suit also claims that sea slaves are only given one bowl of rice per day and when water runs low they have to “suck the unsanitary and foul-tasting ice chips used to freeze fish.”

The plaintiffs want Nestle to stop its deceptive marketing. If approved, the Nestle class action lawsuit would be open to all class members who purchased seafood based Fancy Feast Cat Food in California during the four years prior to the filing of this complaint. “By hiding this from public view, Nestle has effectively tricked millions of consumers into supporting and encouraging slave labor on floating prisons,” Steve Berman, a lawyer for the plaintiffs, said in a statement. “It’s a fact that the thousands of purchasers of its top-selling pet food products would not have bought this brand had they known the truth – that hundreds of individuals are enslaved, beaten or even murdered in the production of its pet food.”

Nestle e-mailed a statement that forced labor “has no place in our supply chain.” The company declined to comment on the lawsuit, but said it’s working with non-governmental organization Verite to “to identify where and why forced labor and human rights abuses may be taking place” in Thailand and southeast Asia.

Lisa K. Gibby, vice president of corporate communications for Nestlé, which makes pet food brands including Fancy Feast and Purina, said that the company is working hard to ensure that forced labor is not used to produce its pet food. “This is neither an easy nor a quick endeavor,” she added, because the fish it purchases comes from multiple ports and fishing vessels operating in international waters.