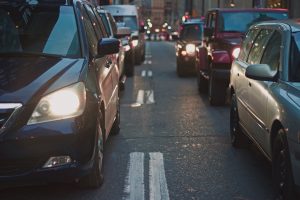 General motors settled a second lawsuit over a faulty ignition switch that lead to the death of 29 year old Brooke Melton in 2010. Melton’s death was the start of a major GM recall. The lawsuit was filed by her parents, who say GM knew about the ignition problems but covered up the evidence. General Motors has reportedly admitted that it was aware of ignition problems since 2001.

Brooke Melton was killed driving on the highway when her Chevrolet Cobalt lost power, causing her to ram into an oncoming car. Her parents explained that the “on” gear moved to the “accessory” position, which resulted in her vehicle shutting down, giving her no control of the power steering or power brakes. Her parents settled with GM for a pay out of $5 million in September 2013. GM recalled around 2.6 million vehicles about 5 months later.

A suit was later refiled by the Melton’s in May of 2014. Their reasoning behind the refiling was they claim that perjury was committed in their lawsuit by one of the main GM witnesses, who allegedly covered up proof of the defective ignition switches. A settlement was announced, but the terms of this settlement are being kept private, according to the couple’s lawyer. “One of the most important issues for the Meltons was accountability. This is a company that concealed this defect for years. They wanted to hold GM accountable, and that is what refiling the lawsuit did”, said the couples Lawyer Lance Cooper. “They are grieving parents who simply wanted the truth and for no one else to suffer a similar loss.” The faulty ignition switch has been reported as being responsible for over 100 deaths.