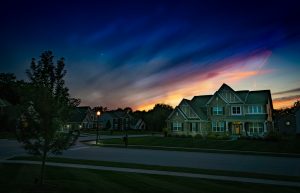 At some point or another we have all experienced a loud or disruptive neighbor. Whether this neighbor be your college hall mate or the house next door, you never really want to be the bad guy and tell someone to quiet down a celebration. What if the celebration consistently continued for multiple days or weeks, would you get suspicious or wonder what was going on? When does it become too much? In a quiet gated Texas community a house is causing quite a ruckus. Neighbors state the single family home has been doubling as a swingers club on the weekends and they have had enough to where they filed suit.

This 4,000 square foot house in Hills of Bear Creek is a gated subdivision outside Fort Worth, Texas. People who live in the area started to realize that one of the house was attracting a few dozen cars on the weekends. The multitude of cars would appear at odd hours at the house on Hidden Meadow Court owned by Randy Carter.  The neighbors finally had enough and filed a lawsuit alleging that Carter has been running an illegal business out of his home. There was a website discovered by the homeowner’s association called “NaughtyNeighbors.com,” which is an advertisement of a swinger’s nightclub. A neighbor next door, Chase Patterson who has a wife and two young children stated “We’ve never counted the cars but I’ve seen at least 85 of them come in and out in a day.”  The lawsuit states that Carter is in violation of the homeowner’s association rules by using his home as business.

Since the website was found there is evidence that can be cited. On the webpage, the property boasts “private parties” with “light shows” and a “Pro DJ.” It also states that the cost per couple as $75″ and “The operating times as Friday and Saturday from 8PM to 3AM.” Carter also lists the maximum occupancy as 600 people. Could you imagine living next to a nightclub without being aware of the circumstances? The biggest concern is the safety of families with having people coming in and out of a gated community kind of defeats the purpose of it being gated. The homeowner’s association gave Carter a warning before filing the lawsuit, which asks for an injunction as well as attorney’s fees and unspecified damages. Hopefully. Moving forward this neighbor can have a peaceful summer.