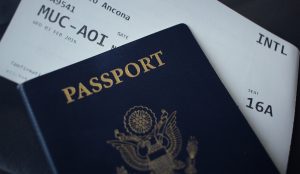 In what was originally thought to be a harmless prank while traveling abroad, four Westerners have been accused of causing an earthquake in Malaysia last week. The claim comes from Sabah Deputy Chief Minister Joseph Pairin Kitingan. Mr. Kitingan hails from a near by community that holds the damaged mountain in particularly high esteem. The locals view the mountain as a final resting place for the dead. The lascivious actions of the foreigners were regarded as extremely disrespectful. The earthquake, with a magnitude of 5.9 claimed the life of 18 climbers. It has also damaged a beloved near by rock formation known as “Donkey’s Ears.”

While atop the mountain, the four individuals stripped naked and took several photographs, despite warnings from their guide that their actions would not be well received. After being formally charged with public indecency, the four individuals pled guilty in a court in Sabah State on Borneo Island. “They were remorseful and regretted their act, and offered to make a public apology,” their Lawyer, Ronny Cham stated.

Their sentence involved a three-day jail sentence. The term has already been served since the time of their arrest. In addition to time served, each individual was fined 5,000 ringgit  ($1,330) and will be promptly deported to their respective home countries. The Malay Mail online news outlet claims the group had bet each other to see who could remain naked for the longest period of time. Jamil Aripin, who prosecuted the case, agreed that there is no link between the earthquake and the actions of the western travelers.