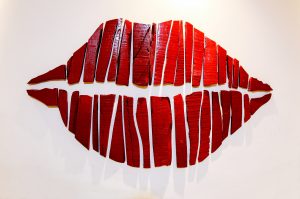 Cronin’s lawyer, Mark Geragos, is asking for damages and corrective advertising. In the lawsuit, he wrote that “potentially hundreds of thousands of similarly situated consumers” could be affected. EOS, which is short for Evolution of Smooth, stands by its product, saying “we firmly believe this lawsuit is without merit. Our products are made with the highest quality ingredients and meet or exceed all safety and quality standards set out by our industry and validated by rigorous testing conducted by an independent lab. The health and well-being of our customers is our top priority and millions of satisfied customers use our products every day, many of whom take the time to share their experiences with us.”

While there are other factors that can cause irritation, lip balm can make rash and irritation worse. A new York City dermatologist, Joshua Zeichner, says other possible causes of this type of rash may include “an allergy, irritation, lip licking, dry weather, certain foods, some systemic diseases, even excessive drooling”. Dr. Zeichner could not comment on anything specific to this particular lawsuit, especially because allergies to personal care products are extremely common. He recommends avoiding lip products that contain irritating like camphor, menthol, and salicylic acid. Cronin’s complaint against EOS is a putative class action lawsuit, which means that it needs to be certified by the court before moving forward as a full class-action.