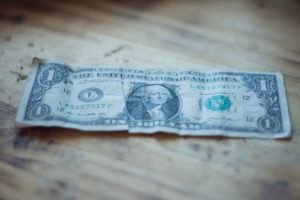 In a federal lawsuit filed this week in Akron, Ohio, a group of Athiests is suing the

federal government to withdraw the phrase “ In God We Trust” from all United States currency.  The Athiest group is arguing that the phrase is a clear violation of the separation of church and state.  There are 41 plaintiffs included in the suit, which is being spearheaded by lawyer Michael Newdow, whom is 0-1 in federal cases after losing the effort to remove “Under God” from the Pledge of Allegiance.

The plaintiffs are claiming that “In God We Trust” is a daily reminder of a God in which they do not believe in.  The forced acceptance and re-distribution to others (via US currency) a message that goes wholly against their beliefs at Humanists.  As a Humanist, there is no recognition of any type of higher being, but rather an ethical standard or code to follow on a daily basis.  Newdow states, “There is obviously no compelling government interest in having ‘In God We Trust’ on our money”.  In addition, Newdow claimed “We did fine for the 75 years before the phrase was ever used at all, and continued to do fine for the subsequent 102 years before such inscriptions were made mandatory on every coin and currency bill. Similarly, the vast majority of nations manage to function without religious verbiage on their money.”

Dwight D. Eisenhower instituted “In God We Trust” as the United States national motto in 1956, although it had been inscribed on currency since 1864.   While this case is receiving backlash from many religious groups across the country, there are also many atheists standing against their fellow brethren.  In today’s world, there are multiple options of currency, with the least frequently used being paper currency.  Checks, credit cards, debit cards and bitcoins all are accepted forms of monetary tools, without the inscription “In God We Trust”.  We will see how this campaign unfolds in the coming weeks.