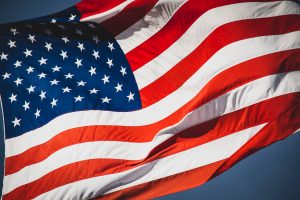 Prior to the President’s convention, a local reporter questioned the President on the NDAA and the President’s ‘kill list’ where he gave an ambiguous answer. The document contains a list of names of people thought to be enemies of the United States; including US citizens.  The only way to get on this list is if the President and his advisers deem you a threat.  It is secret and there is no way to know that you have been targeted.  Once on this list, you can be subject to overseas assassination. This has already happened in the case of alleged terrorist Anwar al-Awlaki and his son, both US citizens.  They were killed by a drone strike in Pakistan.

Where did this new power come from?  The Obama Administration claims it is a necessary tool to protect the United States.  However, what is the price are Americans are willing to pay for security?  Trial by jury and due process of law is quintessentially American.  Abandoning those principles is dangerous territory. Fortunately, the judicial branch has fulfilled its function of stopping this executive power grab.  The President’s appeal will likely make its way to the US Supreme Court where a final decision will be rendered.  If this is ruled constitutional, what is the next infringement on American Citizens?