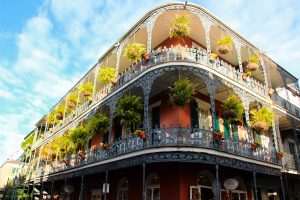 Hurricane Isaac’s recent landfall along the Gulf Coast has caused a lot more issues than originally thought.  A collection of businesses in New Orleans and other Gulf cities are contesting that Isaac has washed up oil and tar from the BP oil spill in 2010.  The British oil and gas company has already agreed to pay about $7.8 billion to the plaintiffs effected.  Economic losses, property damages, and personal injuries were all cited in these settlements; however lawyers believe that Hurricane Isaac has shown that there is still work to be done.

BP has countered by saying this is a “ridiculous proposition” to re-open the settlement claim, which was agreed upon in March of this year.  Over the past 2 years, the oil giant has already spent $14 billion on efforts to clean up the Gulf Coast, as they should have.  A lawyer for the Louisiana Attorney General stated that oil was washing up around New Orleans before Hurricane Isaac, suggesting that the storm is a timely reminder of existent issues.  The original March claim does not cover government claims or those made by Gulf Coast states themselves.  Class-action members in Texas and Florida contesting that President Obama’s policy on deep-water drilling have also been excluded from the settlement.

Having recently visited New Orleans, I can say that it is definitely one of the most unique and lively cities I’ve ever been to.  It was very apparent tourism and small business are large contributors to the city’s financial structure.  The Big Easy is known for it’s great seafood; which is obviously impacted when oil is spilled in and along the Gulf Coast.  BP does have a right though to contest the re-opening of a settlement as they have already been ordered to pay a large sum.  It seems to be up to the courts whether or not more money is required to cover these costs, but let’s hope for all parties that clean-up is done sooner rather than later.