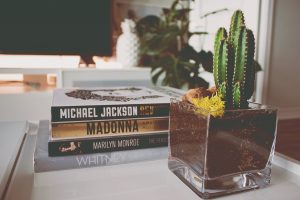 Is anyone even surprised by Madonna’s escapades anymore?  At the age of 53, she still has the power to offend and insult pretty much anyone that steps in her path, including the president of France’s National Front Party, Marine Le Pen.  On July 14, Madonna held a concert for her French fans at the Stade de France just north of Paris.  To Le Pen’s astonishment and disgust, Madonna displayed a video during one of her songs, “Nobody Knows Me”, flashing images of political figures Pope Benedict, Hu Jintao, Sarah Palin (no surprise here), and Marine Le Pen.  Maybe Le Pen would have been honored by her inclusion in a Madonna concert, but the world leaders were depicted as Neo Nazis with swastikas on their foreheads.  This whole charade was Madonna’s response to Le Pen’s beliefs on Muslim immigration and their relations in the EU.  Le Pen wants to return to the Franc and put a stop to illegal Muslim immigration, which Madonna describes as “intolerance”.  Although Marine Le Pen has not taken action yet, there is talk of a lawsuit against the American singer for her onstage antics.  And, of course, she has demanded an apology.

Madonna doesn’t seem to be shaken up by the matter, stating simply “all images in the video were chosen purposefully.”  Based on that, I’m not sure if Ms. Le Pen will actually receive the apology she’s so gracefully demanding.  Le Pen believes this is another publicity stunt by Madonna because she is now washed up and over the hill.  I think that’s an exaggeration.  The singer/actor/activist has been performing for decades and is still in better shape than I will ever be.  If Madonna wants to exercise her free speech, then by all means let her.  I mean, she’s no Bono, but it’s nice to see artists get involved and actually care about something other than themselves.  Further, this is the same woman who, in 1989, enraged evangelical Christians by portraying Jesus as a black man for what seems to be no discernible reason other than “for the lulz”.  Something tells me she’s not concerned about one French bureaucrat’s feelings.

One thought on “Madonna Flashes Swastikas Over FN President’s Face”