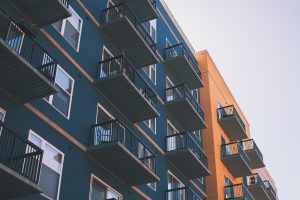 A landlord in Baltimore made quite a profit by faking property damage and suing his former renters for restitution.  That is, until Hong Park, a nonprofit legal aide looking into the matter for one of the renters, found the landlord’s claims to be a little fishy.  The landlord had provided supposed invoices from contractors detailing repairs to the property.  Park noted some suspicions about the invoices though — namely, that they didn’t have any company logos and that they were dated when collections began, not when the renter moved out.  The lawyer called up some of the referenced contractors and, lo and behold, all of the invoices were forged by the landlord.  Park sent the info on to the Maryland Attorney General’s office, and some subpoenas and a class-action lawsuit later, the owner of Ager Road Station Apartments will pay a $500,000 settlement to the former renters he swindled.  For anyone who’s dealt with a less-than-honorable landlord in the past, this settlement is a welcome victory.

However, this doesn’t mean that all sleazy landlords have been curtailed in their pursuit of ill-gotten gains.  When moving into a new lease, you must be vigilant in your documentation.  Too many new renters place trust in their landlord and end up blindsided with retained security deposits and damages that they have no means with which to defend.  Following a few simple policies will help you protect yourself from those who want to take advantage of you.

First, when moving in, take pictures of everything, no matter how inconsequential it seems.  Having proof that, say, a crack in the wall was present when you moved in means that the landlord can’t charged you $50 for a routine spackling.  Second, write down all potential problems or concerns with the apartment and send it to your landlord along with the pictures, keeping a copy for yourself.  Now you can prove that your landlord was aware of these problems when you moved in and that none of them are because of your occupation.  Finally, be present when the landlord performs a moving out inspection, take plenty of pictures, and once again send them to your landlord.  With these practices, your landlord won’t be able to charge you for damages that you didn’t cause.

One thought on “Renters Win $500,000 Settlement Against Landlord’s Scam”