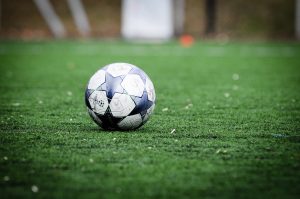 On Friday, July 1st, a class action lawsuit was filed in a Texas Federal Court by three youth soccer clubs (Dallas Texans, Crossfire Premiere of Redmond, Washington and Sockers of Chicago). The lawsuit was filed against the MLS Players Union and world renowned soccer starts, DeAndre Yedlin, Michael Bradley, and Clint Dempsey. The reason for the lawsuit is that this is an attempt to recoup hundreds of thousands of dollars in training and solidarity fees.

According to the complaint, the three youth teams specifically claim that they are owed compensation from profits resulting from the international transfer of said players. In the complaint, FIFA regulation Article 21, Section VII was cited in which a “club that has contributed to his education and training shall receive a proportion of the compensation paid to his former club.” This portion is what is known as solidarity contribution.

However, the U.S. Soccer Federation makes the argument that U.S. based youth teams are not entitled to such fees. They cite the Fraser v. MLS antitrust lawsuit as the guiding law in what youth organizations are entitled to.

In addition, the complaint makes mention of a May 24th meeting in which the executive director, Bob Foose had openly argued that it would be an act of antitrust against its US player members and illegal in the US for the US youth clubs to enforce, anywhere in the world an award for training compensation. Also, in the complaint, Bob Foose is reported to have stated that any imposition of training compensation or solidarity fee would be an illegal restraint of player trade.

However, the US Youth Clubs have disagreed and have shown that the FIFA compensation structure is already in place all over the world and are recognized in player transfers. Accordingly, agreements are currently made between different professional clubs and youth training clubs that do not follow the award guidelines of FIFA.

In closing, the question must be raised, are the youth clubs entitled to such compensation, since they have been responsible for the education and training of soccer players before they become professionals?