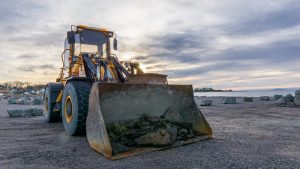 Digging up a settlement

On Friday, July 1st, Caterpillar, a well-known maker of heavy duty equipment has just reached a tentative settlement to resolve a class action lawsuit involving their engines with an exhaust emission control system, otherwise known as the Cat Regeneration System.

The reason for the initial lawsuit was that Caterpillar customers claimed that the systems caused highway diesel engines to lose horsepower and shut down.   Subsequently, the trucks then were towed to a Caterpillar – authorized repair facilities for repairs. However, here was the catch, most of the repairs involved computer codes and special software that only qualified technicians could handle. Unfortunately, for many consumers, the repairs were done by technicians who could not effectively do such repairs.

Caterpillar was at one time in the highway business, but had left the engine business in 2009. They have denied legal responsibility throughout the proceedings, even though the Cat Regeneration System was created in 2007 to comply with EPA laws and regulations. In addition, the products involved in the class action suit were the Advance Combustion Emissions Reduction Technology that was made by Caterpillar.

The settlement will offer payments from anywhere between $500 – $10,000 based on the number of engines and repair history. In addition, the settlement covers people who purchased the on-highway C13 and C15 engines manufactured in 2006-2009. Class members must file a claim in order to receive a cash payment. The deadlines are March 20, 2017 for online claims and for mail-in claims; filings must be postmarked by March 20, 2017. A fairness hearing over the settlement is scheduled for September 20, 2016.

The above lawsuit brings a much bigger issue than just defective products, one that includes proper training of its repair staff, so that this very situation cannot be duplicated again. In closing, I ask the question, since the EPA was the organization who created the new emission standards for vehicles, should they also have a responsibility to help companies train their employees properly, especially in the case of when repairs are needed due to the new technologies that have been implemented.