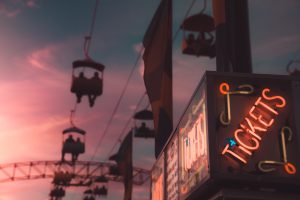 The 13-year class action battle against popular ticket vendor website, Ticketmaster, has reached a settlement. The dispute revolved around the lack of clarity in Ticketmaster’s description of their service fees. The two individuals who filed the lawsuit jointly in 2003 claimed that Ticketmaster’s fees were both “excessive and misleading.”

Curt Schlesinger et al. v. Ticketmaster settled with the implications that Ticketmaster will offer about $386 million in discounts to Class Members for the duration of four years. A customer of Ticketmaster who purchased tickets from October 21, 1999 through February 27, 2013 is considered a Class Member. These individuals are offered a $2.25 discount on any future event ticket and a discount of $5 on ticket delivery. If $42 million is not used by the Class Members, free tickets for designated events with be available on a first come, first serve basis. While this disbursement may appear like an amazing deal to those who bought tickets from Ticketmaster in the specified timeframe, the class action comprises a large number of Class Members. In order to take advantage of the benefits of the ticket and delivery discounts and free vouchers, any purchaser must compete with 57 million other plaintiffs.

Ticketmaster compares to other ticket vendor websites, such as StubHub, Vivid Seats, and ScoreBig. The Curt Schlesinger et al. v. Ticketmaster dispute has not deterred the satisfaction of some customers. According to one anonymous review, “this site found the cheapest tickets by far than all of the other sites for my event. More than half the price of the other places.” Other customers, however, continue to experience issues that are similar to those originally argued in 2003 at the start of the class action. On June 10, 2016, one unhappy customer commented that “if the price says $42.50 then I expect maybe $5 of additional fees but by the time I entered my payment information the price was $63.00.” Despite the mixed reviews of the website’s services, Ticketmaster continues to generate a large number of ticket sales, with 530 million tickets sold in 2015.