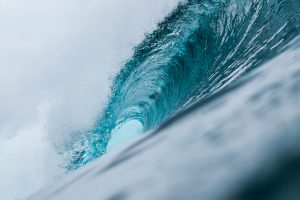 Kanye West is always in the tabloid and music headlines, but a recent lawsuit is truly making him Famous. Citing “deceptive conduct”, a class action lawsuit was filed against the Chicago rapper over his latest album release. “The Life of Pablo” was exclusively released on music streaming service Tidal in early 2016. Since then, Kanye has remixed and reworked some of the album’s tracks and re-released them; however the Tidal version is still the original “incomplete” version. Later on, the album was released across all music services (iTunes, Google Play, Spotify, etc). The class action lawsuit claims that West duped fans by selling the idea that the album would only be available via Tidal.

Filed in a San Fransisco U.S. District court by a fan who engaged with West on Twitter, the class action attacks the idea that Tidal was the exclusive home and only place that “The Life of Pablo” would be available. Kanye even tweeted “My album will never never be on Apple. And it will never be for sale… You can only get it on Tidal.”, which ultimately would be used against him. Kanye’s team has come out in defense of their Tidal release, claiming that the Tidal version of the album IS exclusive to Tidal, and that remixed or re-recorded versions of the album are available on other services. Certainly a technicality, but it would seem that West is not taking the lawsuit very seriously. “Pablo” was the 7th solo studio album release by West (8th if you include the Jay-Z collaboration “Watch the Throne”), and is often cited as his worst album.

The Kanye West lawsuit has become a very odd version of a Blame Game. Undoubtedly, you could refer to the fan who started the class action lawsuit as a bit of a Gold Digger. It will be interesting to see if the lawsuit makes it to court, or if it All Falls Down. West’s reaction to some of is more die hard fans is a bit Heartless, but it’s possible he comes out of the experience much Stronger than before. Kanye West has always been Bound for drama, which combined with music and financial success confirms the concept that there really is No Church in the Wild.