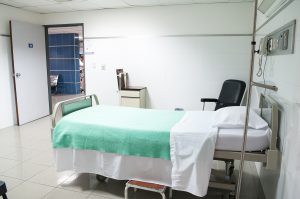 Implants show that looks can kill

The US Food and Drug Commission regulates products based on safety and health caution.  Various recalled products may include food, cosmetics, automotive devices, among others. One of the more recent concerns documented by the FDA is the effect textured implants have on women. Those whom have had to undergo breast cancer treatment and elected to receive reconstructive surgery, for implants with a textured surface, have suffered from prolonged complications. A life-threatening effect is anaplastic large-cell lymphoma, which is a rare form of non-Hodgkin’s lymphoma. While the FDA recognized a correlation between the textured implants and lymphoma in 2011, the implants were not recalled.

The appeal of the textured versus smooth implants is the way in which the rough surface helps strengthen the implant by holding it into place. The biological reasoning behind why this implant causes negative health effects is that bacteria grows throughout the rough surfaces, and ultimately damages the immune system.

The dangers of these textured implants have reached such a blatant awareness world-wide that people are starting to take legal action, and intend to hold the manufacturer, Mentor Worldwide LLC, responsible. Despite various accounts of lymphoma, Mentor continued to support the safe quality of the company’s textured implants. Four months ago, the FDA documented nine deaths linked to the textured implants, with 359 related cases of lymphoma.

While many cases of lymphoma, if detected early enough, are curable with surgery, there is always a chance that the cancer spreads to other parts of the body. Symptoms include fluid buildup around the breast and swelling. Lymphoma is detected any time from 2 to 28 years after the enhancement surgery. Women who are not cured through implant removal surgery must receive chemotherapy as treatment. Due to the increased knowledge of this implant issue in the past, many diagnoses of lymphoma could have been prevented with a ban or recall.