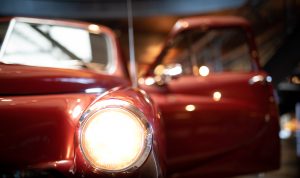 Anything but a smooth ride for Ford

Michigan-based Ford Motor Company has been the subject of scrutiny and remains the popular defendant in more than a hundred lawsuits concerning the safety of the 2011-2016 Ford Fiesta and 2012-2016 Ford Focus. For the past six years, Fiesta and Focus owners grew concerned with consistent instances of jerking car movements and grinding noises. Some even lost power and control of their vehicles. Drivers lose peace of mind if the vehicle they paid a good portion of their savings toward, falters and proves unreliable.

Recently, following the mechanical evaluations of the affected vehicles, it was determined that the direct cause of the malfunctions was the dual transmission, which Ford refers to as power shift. The purpose of the dual transmission is to provide the driver with an ease of an automatic transmission and a distinctive shift feel. Ford’s effort to provide comfort for its drivers fell short on delivery and dependability.

Throughout the course of six years, at least a hundred lawsuits were filed against Ford, with the claim that the motor company knowingly and willingly sold defective vehicles to its customers. Without admitting fault or any misconduct, Ford has settled many of these lawsuits. Rather than prolonging the demands of grueling litigation, the company prefers to agree to terms of resolution

Compared to the inflated cost of vehicles and the potential life-threatening risks of the transmission malfunctions, the compensation awarded in the settlements is miniscule. Any Ford Fiesta or Ford Focus drivers may claim damages if, of the ten specified components of the transmission, at least one component was replaced at least three times. Another condition that makes a driver eligible for payment is if their software flashed at least three times. If the claimant satisfies either of these conditions, he or she may receive a disbursement capped at $2,325.