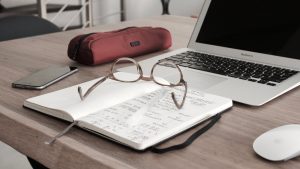 Three separate agreements were recently finalized in an ongoing lawsuit against College of DuPage, one of the college’s board representatives, and the former interim President of the college. Following the September 2015 termination of two administrators at the college, the wrongful termination lawsuit was filed.

The two administrators turned plaintiffs, Thomas Glaser and Lynn Sapyta, claim that their terminations were a result of their outward and evident opposition to Chairwoman Kathy Hamilton’s promotion of three College of DuPage board candidates. In the eyes of Glaser and Sapyta, they were exercising their Constitutional right to speak freely, however, Hamilton perceived their efforts as a direct betrayal and a threat to her overall goal for the board.

The plaintiffs argue that their protests of the three candidates angered Hamilton and caused the Chairwoman to retaliate against them. As Chairwoman and leader of the board of seven members, Hamilton used her power to implement a policy that would force the interim President of the college, Joseph Collins, to fire both Glaser and Sapyta. The reason for termination focused on the notion that the two administrators’ campaign against the candidates threatened the “financial integrity” of College of DuPage.

The interim President’s action, under the direction of the board Chairwoman, reserved their new titles as defendants in the lawsuit. While a settlement was decided, the specific details of two of the three agreements remain relatively confidential. In particular, the settlements with Hamilton and Collins are not disclosed to the public. The third agreement, concerning College of DuPage’s involvement, resulted in the college maintaining innocence and deflecting all responsibility. College of DuPage is not required to pay any form of monetary compensation to Glaser or Sapyta. The two plaintiffs must waive any accusations against the college and dismiss the lawsuit. Despite the seemingly amenable resolution between both parties, Glaser and Sapyta will receive some form of adequate compensation for their loss of wages and benefits, among other damages.