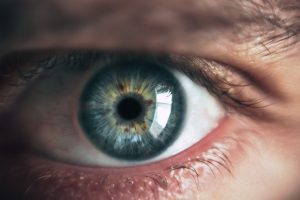 Erin Andrews, famous sportscaster for Fox, was awarded $55 million in her lawsuit against Michael David Barrett and the owner of the Marriott Hotel in Nashville Tennessee. Andrews had been seeking compensation for the emotional distress she suffered following the 2008 incident where Michael Barrett recorded her naked in the privacy of her hotel room though a peephole from the neighboring room.

On March 7, 2016 the jury awarded Andrews $55 million and ordered Michael Barrett who recorded the video of Andrews to pay the majority of the fines totaling $28 million in addition to the two years he served in prison for the incident. The other 49% of the settlement is to come from the owner of the Marriott Hotel in Nashville Tennessee who is also at fault for allowing information about which room Andrews was staying to be accessed by Michael Barrett.

All of this information has been breaking headlines ever since the March 7th ruling, what has not been commonly discussed is the percentage of the $55 million that will end up in Andrews’ pocket.  Andrews was originally seeking $75 Million in damages for the emotional distress suffered do to Michael David Barrett of that $75 million the court awarded her $55 million.  The attorney handling the lawsuit will most likely take a 40% contingency fee, the $27 million that the Marriot hotel owes will most likely be appealed and Michael Barrett will most likely file for bankruptcy do to the $28 million he owes Andrews. On top of all of that, cases with settlements for emotional distress with no physical damages are privy to taxation. When the dust settles Andrews will most likely receive just over $10 million for a stressful 8-year ordeal that she may never emotionally recover.