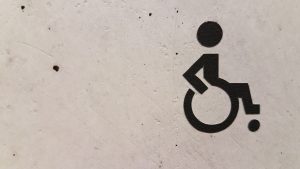 The Washington State Attorney General Bob Ferguson announced that Michael Mann, owner of Seattle-based Wheelchairs Plus Inc., will pay $2.7 million for Medicaid fraud allegations. The  Attorney General’s Office claims that Mann billed the Medicaid program for 119 new wheelchairs when he was actually delivering used wheelchairs to the poor and disabled statewide.

“It is deplorable when fraudsters take advantage of a vulnerable population for financial gain,” Ferguson said. “My office will hold health care providers accountable when they fail to provide adequate care and submit false bills.”

From 2009 to 2012, Mann purchased used wheelchair parts from places like Craigslist and nursing home “graveyards.” Mann would then allegedly assemble these mismatched parts into wheelchairs, give them a fresh paint coat and sell them as if they were new.

The Attorney General’s  office states that Mann billed Medicaid as if these wheelchairs were new, unlawfully receiving $550,000 from the Medicaid program. the $2.7 million will go toward civil penalties, damages and prejudgment interest.