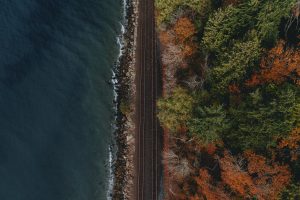 Railroad is getting back on track

Due to untreated material use, Norfolk Southern Railway filed a lawsuit at the end of October against an Alabama railroad tie manufacturing company. About 4.7 million railroad ties are affected and are now expected to decay much quicker than originally anticipated by the Railway.  This issue warrants the necessity to replace every railroad tie that was not covered in the protective chemical, creosote.  The company held responsible is Boatright Railroad Products LLC.

As defined in the lawsuit, to a Norfolk Southern Railway consultant, Boatright exhibited deceptive examples of the wood ties that were to be used in production. The samples provided did not reflect the ties actually implemented in the railroad.  Despite the industry standard of using creosote as a protective coating on the wood, which prevent wear and decay, Boatright used paint, motor oil, and anti-freeze to elicit the appearance of properly treated material.

In an effort to discourage suspicion, employees for Boatright were urged to darken the color of the wood in any way possible. While the exterior of the product looks the same as treated ties, the lack of protective coating presents a potential threat of safety for any person traveling on the railroad.

Boatright’s effort to cut corners and save costs will now result in a disaster for all parties involved. Not only will the Norfolk Southern Railway, which stretches across 22 states, have to have defective railroad ties replaced, but passengers of the railroad will face delays or alternate routes to allow time for the repairs. If the pending lawsuit does not settle in favor of Boatright, the company’s intention to save money may end in a hefty payout to the plaintiff, Norfolk Southern Railway.

Those concerned are asking for more thorough and frequent inspections of the railroad. When the rail ties are untreated or decaying, the safety of all people who travel or work the railroads are subjected to risk of accident or derailment.  The probability of someone getting injured is high, as Boatright provided Norfolk Southern Railway with almost 5 million railroad ties from 2009 to 2014. Since a large portion of the ties used to construct one of the country’s largest railroads are manufactured by Boatright Railroad Products LLC, it is critical to ensure that every material used is reliable and safe.