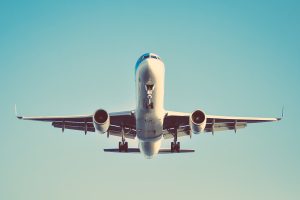 Traveling in an airplane is scary enough, without the thought of your flight crew spying on you. In a February 2017 flight, embarking from Pittsburgh to Phoenix, a Southwest Airlines flight attendant discovered an iPad in the cockpit.  The iPad was live streaming a video of the other pilot using the bathroom.  The flight attendant, Renee Steinaker, took out her personal cell phone to photograph the iPad, as a way of documenting the incident. Due to the unprofessional and intrusive nature of the streamed video, Steinaker reported the event to her superiors at Southwest.  Steinaker was not met with an ethical response, however, and was told to not reveal the contents of the video to anyone. END_OF_DOCUMENT_TOKEN_TO_BE_REPLACED

Demonstrating good sportsmanship is valued in any competitive game.  Kathy McVay may be considered a good sport, but not for playing the game with a positive attitude.  On June 18, the Phillies baseball fan fell victim to the Phillie Phanatic’s hot dog cannon; and sustained facial bruising and a hematoma in her eye.  Instead of using the incident as an excuse to sue for personal injury, McVay is saving the accident as a funny story she can tell others. END_OF_DOCUMENT_TOKEN_TO_BE_REPLACED

Railroad is getting back on track

Due to untreated material use, Norfolk Southern Railway filed a lawsuit at the end of October against an Alabama railroad tie manufacturing company. About 4.7 million railroad ties are affected and are now expected to decay much quicker than originally anticipated by the Railway.  This issue warrants the necessity to replace every railroad tie that was not covered in the protective chemical, creosote.  The company held responsible is Boatright Railroad Products LLC. END_OF_DOCUMENT_TOKEN_TO_BE_REPLACED