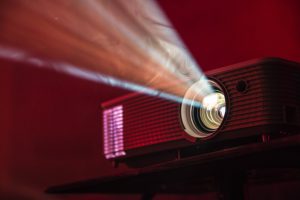 According to a contractual agreement between Disney and Scarlett Johansson, box office ticket sales would largely determine the actress’s salary for her Black Widow performance. Following Disney’s decision to debut the film on the company’s streaming service, Disney+, on the same day as the theatrical release, Johansson filed a lawsuit for breach of contract on July 29. In her argument, Johansson claims a prior agreement to exclusively release the movie to theaters was not honored. She is alleging loss of compensation and financial opportunity.

On the other hand, Disney challenges the actress’s claims, insisting that the company has remained in full compliance with the written contract. The movie was released to at least 1,500 theatrical screens nationwide. In addition, by streaming the movie on a separate platform, Disney argues that Johansson’s potential to earn subsequent compensation for her role has been exponentially elevated. According to the mass media conglomerate, the star has already received $20 million for her Black Widow performance and never agreed to offer an exclusive theatrical release. In response to Johansson’s lawsuit, Disney has filed to seek private arbitration in order to effectively and amicably resolve the matter.

Johansson’s legal team, however, is disappointed in Disney’s attempts to keep the legal dispute confidential. Private arbitration would prevent the details of the case from reaching the public. In her defense, Johansson’s legal counsel is painting a different picture from what Disney has claimed. Specifically, her lawyers allege that during the pandemic, Disney wanted to enhance its streaming service, and by doing so, subsequently denied Johansson the opportunity to earn millions in backend payments. In contrast to Disney’s assertions, Johansson affirms that her contract with Disney’s Marvel Entertainment included the exclusive theatrical showing of Black Widow. At the box office, the movie has generated $370 million worldwide.