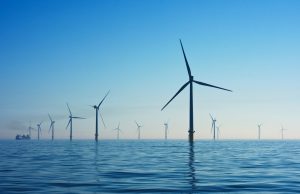 A hot topic among politicians and the current presidential administration, climate change presents opportunities to address alternative energy sources. President Biden’s solution involves the development of offshore wind turbines, which may subsequently create jobs. Despite the prospective benefits of generating electricity for 400,000 homes, the $3 million, 800-megawatt project is a growing concern for Nantucket residents and members of the ACK Residents Against Turbines. According to their arguments, Vineyard Winds has failed to provide adequate research data supporting the safety and preservation of marine life. In particular, wind turbines potentially threaten the lives of endangered Northern Atlantic right whales.

The ACK Residents Against Turbines have responded to the project by filing a federal lawsuit this month. In their claim, the residents assert that the proposed construction of 60 turbines, each standing at 850 feet and located 14 miles south of Nantucket, may likely disrupt food gathering and infant nursing of the species. Currently, the species accounts for only 400 right whales. The group intends to not only unmask the dangers of Vineyard Winds’ project, but also additional projects that are set to take place along the Eastern Seaboard. In opposition to the claims presented by the residents, federal officials are insisting that the project will result in minimal impact to marine life, including the Northern Atlantic right whales.

In particular, the American Clean Power Association, which represents several renewable power companies, challenges the claims made by ACK Residents Against Turbines and insists that the scouted environment has undergone an ample assessment. Supporters of Vineyard Winds also address the contrast between this project and an earlier endeavor referred to as Cape Wind, which ended in a litigation dispute initiated by Nantucket residents. The main difference between the two projects is the location of the proposed turbines. The Cape Wind project was meant to take place closer to shore and would lead to more detrimental environmental effects. Those who share enthusiasm for the new project believe the offshore turbines may best help defeat climate change.