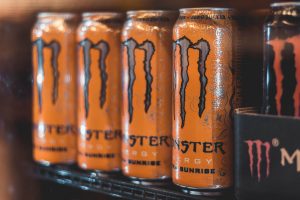 It appears that “Monster Energy Company” is heading to court on April 27th, 2015 over a wrongful death lawsuit stemming from the Death of nineteen year old Alex Morris, of Alameda County, CA. In an article written by Brenda Craig, it was stated that, “Alex Morris went into cardiac arrest and his girlfriend called for an ambulance.  He was experiencing an extreme atrial fibrillation event, and a short while later, Alex Morris, despite medical intervention, was pronounced dead at Kaiser Permanente Hospital in northern California.” It has been stated that Morris was a daily consumer of this energy drink, usually drinking about two cans per day since he was sixteen years old.  Post death reports confirmed that Morris had also consumed two 16oz cans of Monster Energy Drink within twenty four hours of his death.

Attorney Kevin Goldberg will be one of the attorneys representing the Morris Family in court against the energy drink company.  His job will be to prove that Monster Energy Company should have known, or does know, that these energy drinks pose a great threat to the people that consume this product.  This will be in direct opposition of how Monster Energy Company markets its product by stating that it provides, “increased energy and stamina, weight loss, and enhanced physical and/or mental performance”.  It will be interesting to see if Monster’s marketing tactics help Mr. Goldberg and the Morris Family in this lawsuit.

This will be an interesting case to keep an eye on, specifically pertaining to where the fault lies between responsible consumption versus deceptive manufacturing and marketing.  Should Morris be at fault since he consumed so much product on such a regular basis, or should Monster be at fault because they deliberately make a product that can be harmful and deceptively advertise it as something else?  Both parties involved have their own valid points to make,  it is just very unfortunate that a loss of life will still be underlying theme to this lawsuit.